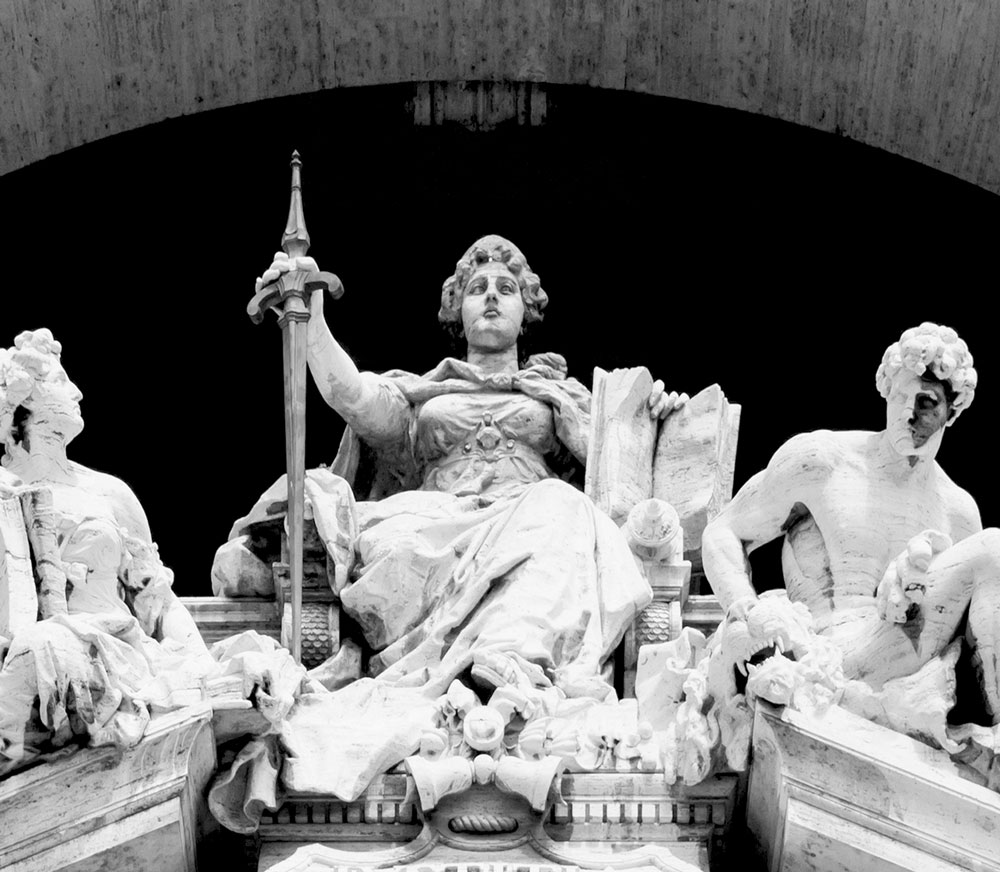 “What we need is a national conversation…”

The call for the correction of injustice resounds throughout every corner of contemporary society—from the legal system, to prices of goods, to taxes, to healthcare, to race and culture, to sex, pronouns, and the appropriate range of rights. We keep feeling and hearing the need for a “national conversation” on these issues, and yet the moment one speaks on these issues, condemnations flood in from one or both sides. Real conversation is not possible in a sea of attempted-mic-dropping.

I will not claim to be an expert on these issues, nor do I have the (public) audacity to claim that a read through a few blogs from me will solve all the questions of justice and injustice. Nevertheless, I do believe I can offer, primarily by borrowing from those wiser, better, and more intelligent than me, and offering that to you. That is, after all, what Tactical Faith is all about, and we hope that in the coming months and years, we might help clarify some of these ideas so as to encourage real conversation.

Why You Don’t Care about Justice

The world is filled with injustice. This, I think, most of us can agree upon. We are generally unmoved by injustice until it touches us, and then, if we are honest with ourselves, we often overreact and exaggerate its level. But at times injustice becomes a huge issue, and, like any other bit of suffering, our focus seems to be solely on making it stop.

That is, we seem very adept at recognizing injustice, and, if it comes close enough to home, perhaps even quite moved to destroy injustice.

But, like a disease, we seem only to recognize injustice when it begins to hurt. And, too, only if it hurts, or threatens to hurt, me and/or those I care about. This might not seem troubling, until you recognize that we generally don’t care about justice, we only care about avoiding any suffering that comes from injustice.

One might be quick to condemn this as a moral defect, and it no doubt is. But, like all moral defects, it is not only a moral defect. Moral defects can rarely (I believe never) be divorced from defects in epistemology (how we know) and metaphysics (what all that exists really is). While a host of defects may be discovered around our strange lack of concern about justice, perhaps the most glaring one is the mix of certainty and ignorance regarding the nature of justice. Put simply: Everyone knows that they know what justice is, and no one really knows what it is.

Is justice just this “comeuppance”? If so, getting excited about it seems silly, at least if I reflect on the innumerable wicked things I have done. Other than watching those I hate get hurt, and feeling terrified of suffering the same fate, justice is atrociously boring. It is, we’d say, things being “fair.” Any good story begins not with fairness, but with unfairness. Justice is served at the end—just like a love story that ends with marriage, so a heroic movie ends with justice. And, just like romantic movies would be terribly dull if they included the day-to-day drabness and struggles of a marriage, so heroic movies would be terribly dull if they included a situation at the end where fairness carried the day for some time. At the end of Taken, say, we watch the family not have any trouble or anyone get lost as they get groceries, go on vacations, and go to work day in and day out.

These wouldn’t make good stories. Justice does not make a good story, but only the overcoming of injustice. And so, too, we either don’t care about injustice (that has nothing to do with us) or we get fired up about it (because it affects us somehow), but in neither case are we interested in justice itself, except as a means of hurting those we hate.

I’ll not argue this point, but simply ask you to consider yourself and those around you (mostly yourself): Do you want problems resolved and peace and kindness to reign? If you answered, “Yes,” I think you might be lying to yourself. We love having reasons to complain. Nothing gives us identity or creates friendships faster (among adults) than suffering the same (real or imagined) injustice. A community that complains together, stays together.

Which is why it seems almost no one offers solutions and a clear presentation of what justice really looks like. Yes, some people claim to offer solutions, but they almost invariably suggest that 1) their enemies be punished, and 2) their favored group (usually themselves) be given power (or, what amounts to the same thing, money). But that’s not a solution. It is the end of a heroic movie—where the beloved underdog ends up on top. But it fails to show how that erstwhile underdog is prone to corruption, abusing power to hurt those who troubled him/her, eventually becoming the very thing s/he fought to overthrow.

If you are thinking, “Yes, those ‘social justice warriors’ are doing this very thing!” I’d ask you, again, to consider yourself. For Christians, too, seem obsessed with seeing themselves as persecuted and, thus, having a right to complaints about being marginalized and society dying, and so forth. And what is our solution? Get more (real) Christians in power—you know, the incorruptible kind of Christian![1]

Perhaps, we should take a deep breath and reflect for a moment on what exactly justice is? Why does the punishing-our-enemies part of it get us so excited and the living-in-harmony part seems so dull? Is justice simply fairness or something better?

If it is dull, perhaps this might give us pause: The New Testament word for “justice” is the same word for “righteousness.” Is righteousness dull? It seems so, for we are far more fascinated by sin—we are obsessed with doing sin (injustice), in complaining about being sinned against (treated unjustly), and in punishing those who sin against us (exacting justice). But surely that punishment that so excites us does not exhaust the meaning of justice/righteousness. If it does, then woe be unto us!

These questions rage among us, dividing citizen from citizen, and even Christian from Christian. In all these questions, we are debating justice. But we never talk about justice itself. We assume we already know. And so the battle rages on, dividing and creating hate, but never teaching us anything, let alone inspiring us toward something great.

So, though I myself am quite ignorant, I will attempt to offer a short series that will introduce some ideas about justice as presented in the Bible and in great thinkers. My goal: To inspire readers toward greatness, and away from that selfish abuse of the idea of justice to which most of us are addicted. It is hoped that we at Tactical Faith will be able to further discussion of the nature of justice, and then its relation to these other topics, through some live events as well.

[1] We could fight to put incorruptible Christians in power, but I’m afraid the dead won’t get much done.

The (Dis)comfort of Christmas