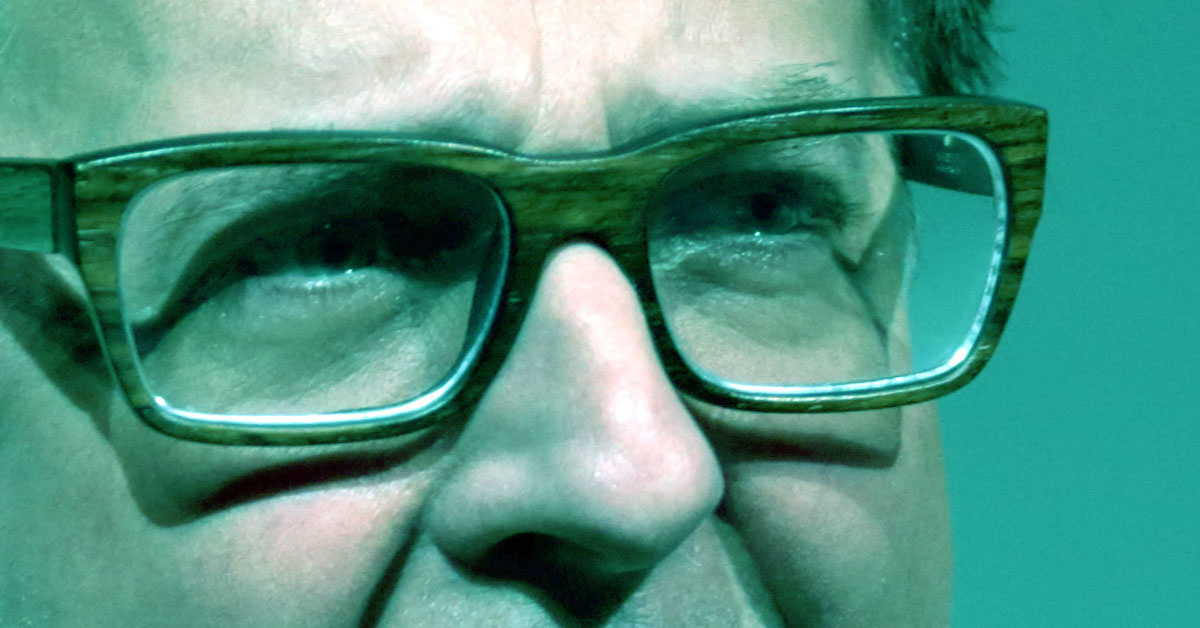 For those of us engrossed in pop culture and the very suavely market driven MCU, we have been somewhat surprised at Disney/Marvels reversal of course concerning James Gunn. For those of you living outside of our pop culture bubble, Gunn was fired from being the director of Guardians of the Galaxy 3, around July of last year (2018). The controversy centered on some tweets that were a decade old. A strange phenomenon in and of itself; frozen conversations of twitterverse. However, I’m here to talk through a dilemma of my own, and the culture’s remarkable reversal of course on the matter.

What I want to talk about is something that has dramatically changed in the last 30 years. I’m not looking at concrete evidence of our cultural moorings; just what seems to be obvious shifts that are happening at break neck speeds. What are we willing to accept as a culture? What are we excusing as Christians? How should we deal with so much of these very trite and moody signifiers?

Before I get into this, I’ll make a confession. I was rather happy when I found out that Gunn was reinstalled as the director of GOTG3. I, like so many other fan boys, thought the first GOTG movie was phenomenally fun and injected an “Episode IV” type of feel into the MCU. Gunn’s crude humor and almost slapstick comedy, along with the casting, brought new life into an already vibrant franchise. Gunn’s writing and direction were awesome, and I still debate with friends whether I would have thought GOTG the best Marvel movie, had I seen it after Ragnarok. All this is fairly harmless and meaningless as far as it goes. These are movies made for adults, with characters created for kids buying cheap comic books. I guess that’s part of the appeal. To see these characters thrust into this fictionalized reality. I also think that is part and partial to the very problem I’m trying to explore. Trying to keep myself from having cultural blinders on. Why are we making and creating comic book movies for adults? I love them, but none of these characters exemplify a “Wil Andersen” kind of grit and humanity. If anything, most of these characters are shallow and narcissistic. With so much nostalgia thrown into this franchise, I might say it’s hard for me to resist these kinds of movies.

What was my gut reaction when Gunn was fired? I was disappointed. As I looked into it, I realized Disney had to have known what he did in 2009. I had no idea what he had stated on Twitter. I figured it was some sexist troupe that was no doubt related to the current #metoo movement that was in overdrive. At the time Disney’s official statement was that his tweets were indefensible and inconsistent with the studio’s values. Which seems to bring up another slippery question. What are the values of the studio? Are they the same values of Walt Disney, whom founded the studio? He produced numerous animated movies and live action movies and had profoundly virtue-driven themes. There was a very clear protagonist set over and against clear antagonists, or unbeatable odds. I tend to think of “The Swiss Family Robinsons” whose first action on the shipwrecked island is to pray. That’s right, to pray to the Almighty for help and deliverance. Are these values at the core of Disney now?

That’s a resounding NO. These are not the values of the current studio as far as I can see. Whatever Walt’s grand vision was for his parks and studios, it’s long since been lost in a sea of green, not to mention the power that the studio now holds over culture through an almost monopoly-like ownership of more properties than I care to count. The current values of “The Studio” are more in keeping with current trends and cultural reinterpretations of what it means to discover yourself and “follow your heart.” To be sure, the MCU is differentiated over and against the not-so-classic “Disney Studios” that is ruling and reigning in the entertainment industry currently. I do appreciate the fact that the MCU seems to have tried to stay true to these original characters that I grew up with and loved reading about, particularly Captain America, a classic example of what it means to be a hero. I can let my kids watch most of these movies with a clear conscious. I have to contrast that heroic attitude over and against the GOTG’s characters who are largely selfish, reckless, and pretty darn crude most of the time.

Back to Gunn. When I took a look at what the man actually “tweeted” I was more than taken aback. Without going into too much detail, it seemed to go beyond the pail, centering around rape and pedophilia. You can look it up if you want, but I’m not interested in revisiting it. Gunn’s defense (for the record I pretty much believe him) was that he was engrossed in a provocateur kind of personal mentality, that clamored to offend and push boundaries. This original endeavor is part of the problem, both with Gunn’s mentality, and with Disney’s changing “values.” First off, for Gunn in 2009, to think that the really cutting edge kind of goading is to make light of, exploit, and/or satirize rape and pedophilia, seems to be an odd sickness that is hard to excuse. It seems to speak to a certain wetness that is endemic in our culture, and all of us being fish, don’t even realize we are swimming around in it. To put it in perspective, Eddie Murphy’s “Raw” comedic act came out in 1987. Widely distributed, his standup routine set the record for how many times a particular four letter word was used. It was very racy, hilarious as I remember it, and specifically Restricted. Now fast forward a mere 22 years, and dropping the f-bomb and talking about very sexually explicit content no longer gets a rise out of people. It’s practically a puritanical practice now. This is the thing that I want to address and think about. How desensitized are we in these things, that we feel like we can defend and excuse comments like those Gunn made? Personally, I’m slightly ashamed about the fact that I’d rather have him on the movie than off the movie, but I’ll excuse it by saying the whole thing is trite and meaningless to begin with… but is it?

So, let’s get another thing straight. I am extremely skeptical of any movement that wishes to judge anyone before they have been found guilty, which is our current media and cultural zeitgeist. Disney had obviously vetted the man before they hired him for GOTG. Disney decided on hiring him for a particular job, whilst in the vetting process, Gunn was apparently candid about his former remarks and was apologetic about them. Great. Disney probably made him sign an agreement that he would keep those things to himself, and not under any circumstances tweet about rape and pedophilia in an offensive way. Can we please move on? Well, can we? I guess that’s the part where I’m seeking serious clarity. I’m obviously torn over the fact that I, as a Christian, want to give him the benefit of the doubt and not be too harsh toward him. It’s concerning a conversation over a decade old and posted on Twitter. The one place where nuance is swallowed up in a black hole of 140 characters.

Back to Disney. As far as I can see, this is the first major studio to reverse course on a firing of a director over a #metoo related controversy, and as such, I’d like to give serious pause to that very fact. This is Disney going back on it’s initial action, and not FOX (soon to be owned by Disney), Miramax (used to be owned by Disney), or some other large media conglomerate that hasn’t been touched or owned by the House of Mouse. As a global media group that makes the lion’s share of it’s money on entertainment aimed at children, it is a slightly odd thing to see them saying in the boardroom, “Ya know, I think we can reverse course on this! Why you say? Because we’ve counted the beans, and the people will most certainly agree with us on this one.” How so? On issues like rape and pedophilia? What could have been said 30 years ago in such a flippant manor, and been excused by the major studio of entertainment for children. It is precisely this. Whatever they feel like the parents will ignore. And what are we willing to ignore and excuse for the sake of our own entertainment and pleasure. This is the question that I’m wrestling with personally.

Apart from this somewhat meaningless marker in our pop culture milieu, what are we, as Christians willing to excuse in our culture for the sake of entertainment or pleasure? Early Christians were on the other side of our cultural pendulum, erring on the side of extreme asceticism in many cases. Where is our rule? It is the Word of God, but what is beneficial for us, individually? Are we pure, and thus all things pure? Or are we exceedingly deviant, and we don’t even know it. How much has the culture started to affect us in these matters of morality and values? Should we do what other Christian groups do, and boycott advertisers when we see things that are dangerous and agenda driven? Sometimes “One Million Moms” makes tons of sense to me, and at other times, it feels like a Christian #metoo movement. I’m certainly not trying to disparage them for leveraging their voice in a free country. I applaud it most of the time. But the idea of boycotting on some of these matters is odd to me, especially when I look out at our current cultural madness.

I wanted to touch on this point because we have dozens of cultural markers that we are faced with everyday. How do we react to these kinds of statements as Christians? Is it honestly even worth our time to consider, given the very nature of the characters involved? It’s not like GOTG is a high piece of art that will forever change our hearts as we contemplate it as a person ponders over Dante, or the Mona Lisa? The “price” that we’d pay to boycott something like this is the price of an admission ticket at most. I am not suggesting that we do boycott Gunn’s movie over things he said, however inappropriate, over a decade ago. I could be wrong about that. I have a conviction in my own heart to abstain from that kind of vulgar talk, and this is biblical. But Gunn is no Christian as far as I can tell. He’s a pretty decent movie producer, that has done a couple of awesomely fun movies for Disney/Marvel.

To sum up, I suppose I’m willing to give Gunn a pass since he was younger when he wrote those comments, and seems to have pushed away from those grossly provocative statements. I also think it’s an odd thing to have single statements frozen in time, without any chance of an explanation. In a way, I feel like I’ve argued myself into a corner, and now I’ve got to make a decision. As stated earlier, how would I have felt about these statements 20 years ago, or even a decade? I desperately want Christ and God’s Holy Spirit to help me transcend the culture around me, and not let the more insidious parts of it infect my soul.