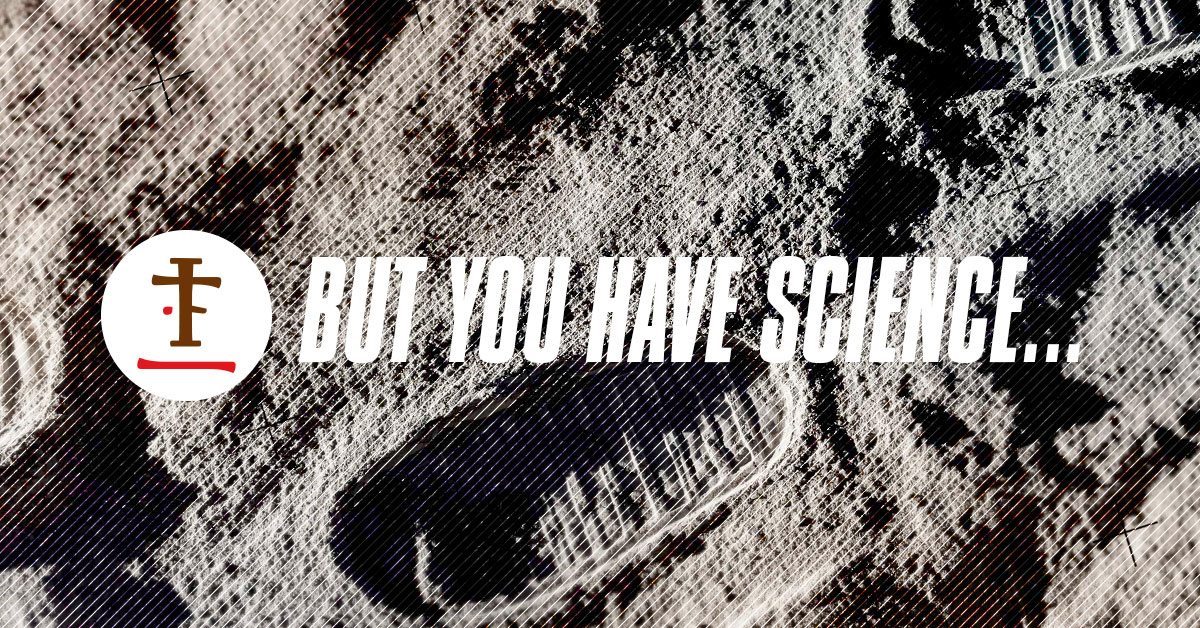 Faith is a problem. Or, at least, it really seems to be a problem, for both Christian and non-Christian alike. Atheists who are big fans of science are particularly critical (or, really, derisive) of any hint of faith.

We can retort: “Yeah, but you have faith in science!!”

To which they will respond, “HAHAHAHA!”

They are perhaps right to respond with laughter. We believers often use the word “faith” in careless ways, and that may be partly because we’re not entirely clear on what faith is. So, let’s explore some of the things about faith that seem problematic—specifically how faith relates to evidence.

The critique of faith is really about how it relates to evidence. And Christians respond in various distinct ways. So, first the critique:

“Faith is belief without evidence.”

Is this true? Perhaps we should ask another question: If you have evidence, then why do you need faith? Indeed, what use is faith if you have all the evidence before you?

So, it seems faith at least involves some element of lack of sufficient evidence in some part of some belief. Yes, that’s vague. We will hopefully clear things up a bit as we go.

What then is the problem with believing things without sufficient evidence? Well, there are a number of serious problems:

Belief without evidence can never amount to knowledge. Knowledge requires at least that we believe something, that it is true, and that we have some kind of evidence or warrant for believing it. If any of these three properties is lacking, we don’t have knowledge.

If we do not have sufficient warrant for a belief, then even if that belief is correct that is purely luck. And we could never even really know that we are right. Islam may in fact be the correct faith. We just have to hope we’re lucky.

I don’t think too many Christians would be comfortable with that position. Of course, most Christians point to experiences, the work of the Holy Spirit, and so forth and say that it is because of God’s activity that we believe, not evidence. And that is in fact the beginning of an excellent response.

The main problem here is that most of us, with good reason, treat private warrant—evidence that only you can see, but others cannot—with suspicion.

There is good reason for the suspicion. People are easily deceived by emotional episodes. People often want to believe things that are not true. People may try to deceive others. People easily misread experiences. In the past, people have interpreted certain experiences as visitations of the divine, but we now can easily explain these through science. Other such critiques can be raised. The problem here is that, because no one else has access to these (purported) evidences, no one can check to see if you’re misled or confused or offer an alternative interpretation or be convinced that you’re correct.

Perhaps that is why discussions about faith can become so ugly so quickly.

Many Christians and Christian thinkers would argue that faith does indeed have sufficient warrant for the claims it makes. There is, they say, sufficient reason to believe that Christianity is true.

This claim is tricky. Obviously, modern atheists (and believers in other religions) don’t think there is sufficient evidence for Christianity. Indeed, if we reflect a bit on the first chapters of Romans, we recognize that sin has corrupted our capacity to reason. Perhaps, too, any “god” that we can prove, whose being we can climb to through intellectual towers of Babel, is not the true God.

Most Christians agree with this claim anyway—believing that it takes an act of the Holy Spirit on the hearts of their hearers to truly change. But we nevertheless try to argue for the faith anyway.

Imagine you were to talk with an atheist who believes firmly in the need for solid, publicly-available evidence for belief. This atheist, let’s call him Rich Sam Harrikins. So, Rich Sam believes faith is silly, a denial of clear evidence. At the same time, it seems to weaken our critical faculties, making us credulous before bad arguments for theism.

But we were not going to argue with Rich Sam about whether Christianity is true. Rather, we want to argue that faith is not simple credulity. But it is still faith, not belief based on clear, publicly available evidence.

What would you say? Could you convince Rich Sam that embracing faith does not mean abandoning reason? Could you come to some agreement with him that those parts of faith that are outside the realm of evidence and reason are not ignoble or childish, but in fact important and central?

And how would your view of faith impact the way that you do apologetics with Rich Sam and others?

Let us know what you think. And keep following, as we reflect more on what faith is and how it should impact our apologetics.