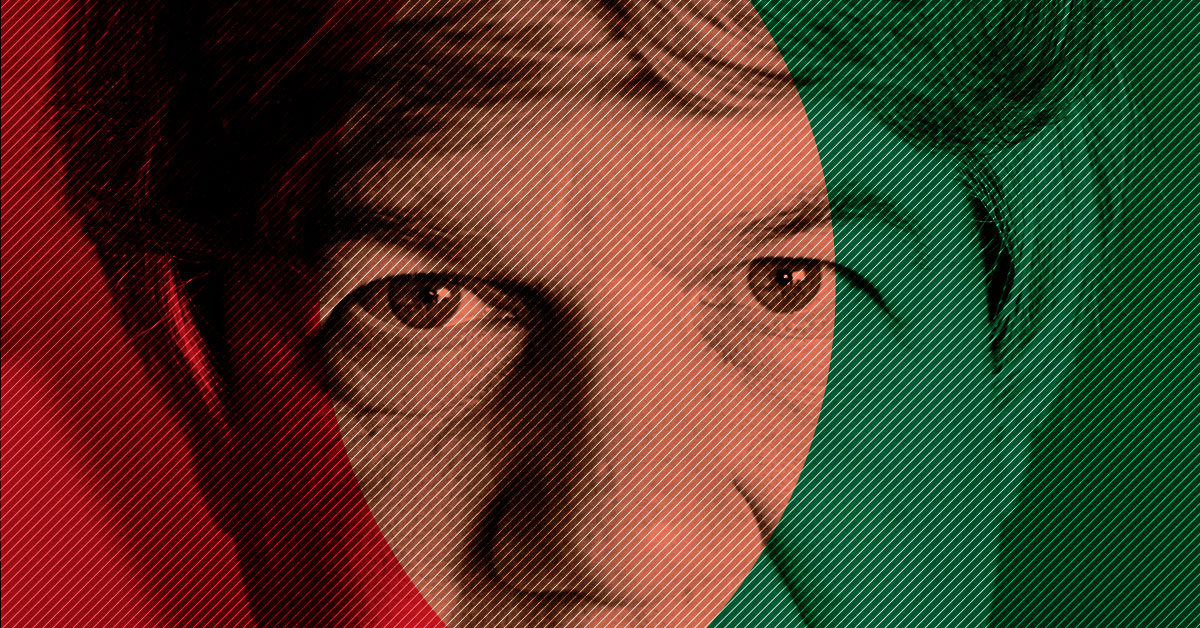 In the previous blog, we looked quickly at what I think are decent reasons for unbelievers to be skeptical about faith—specifically about the relationship between faith and publicly available evidence.

This would be a handy solution. Unfortunately, it is at least no more than a half-truth.

The realm of facts are claims about what is. The realm of values is about what matters. If these are non-overlapping magisteria, then faith can never play a role in determining facts—like the existence of God, for example, or the need to repent, and so on.

On the other hand, someone like Sam Harris wants to argue that science in fact helps to determine values.[1]

Gould’s hope for a peaceful resolution between science and faith seems doomed.

But perhaps Gould was on to something, but he was just sloppy in his terminology. For there is something important in what he is claiming—something perhaps far deeper and more revolutionary against the atheist view of science than he probably realized. We will begin to see some of this in this essay. And this will be further fleshed out in a later essay.

The central issue is that faith relates to gaining knowledge of facts about the world. We can see this in the way that we use the word “faith” in situations that are not necessarily religious. Let’s look at a few:

A faithful person is someone who holds fast to their word, who does not betray you, no matter what troubles or temptations may arise that would drag them away.

In this context, then, to be full of faith means to be one that clings to what one has once declared was right no matter how circumstances may change. That is, faith seems connected with a constant good that defies experiences that would undermine it.

When we call someone “faithful,” it usually implies then that there was some difficulty—whether tempting/troubling circumstances or perhaps simply a very long span of time.

It seems then that being faithful involves a mix of two major elements: A kind of goodness or honesty or steadfastness with a background of evidence that suggests that the person would not have remained good/honest/steadfast.

“Faith in a person”

Faith is also used in the sense of trust in someone else. When you put your faith in someone it seems to mean something like trusting them with something that is of some importance even when you don’t have sufficient evidence to know that they’ll follow through.

So, here too we have that strange juxtaposition of anticipation of someone’s steadfastness despite good reason to think that they would not be so.

When you engage in something “in good faith”—let us say a debate—it suggests that, despite having good reason to do otherwise, you will nevertheless truly consider the other person’s claims without trying to distort them. In addition, it means that you will not lie or distort your own position, but will show up honestly and forthrightly.

Once again, the word “faith” here contains that mix of contraries: Good reasons not to be honest, forthright, good, and yet being good nonetheless.

We could perhaps continue on in other uses of the word “faith,” but we’ve already seen a common denominator: The juxtaposition of good reasons to expect the worst and yet nevertheless seeing the best.

We could understand here Gould’s erroneous claim that science and religion/faith represent non-overlapping magisteria. After all, the facts in each of the above cases would cause us to expect the person to act wrongly or falsely, while faith believes what is best, by giving value where there is no real evidence.

But he is in fact wrong in one really obvious way: Faith (in each of the above cases) causes us to see, and even brings into existence, facts about the world. When you get to know someone who has been severely troubled, and you see within them a good that they themselves cannot even see, and you put your faith in them, often that good is sparked into acts of moral greatness.

Were the “eyes of faith” that perceived a good that no one else seemed able to see deceptive? Were they without sufficient evidence? Were they purely a matter of subjective value?

The answer to all of those questions is, “No.” Because you indeed saw something that was there. But you saw it because you cared for that person. That is, a value that you held opened your eyes to see something that others could not see. Or, to put the point more clearly, could not be seen from a purely “public domain of evidence.”

You see, the “public domain of evidence” has to be that which all can see, no matter what values they hold. But if what you saw in that other person can only be seen if you relate to that person in something like love.

And loving someone means having the right values. The public domain is the “objective” domain and so has, by definition,[2] no values. And if you don’t have value, you won’t see what is in fact there.

Of course, there is significant evidence to suggest that your trust will be let down. That’s a part of faith as we’re using it here. So, with faith comes a bit of risk—the risk that you may be duped, let down, abandoned, made to look the fool.

On the other hand, faith allows us to see and enliven the goodness in others that an “objective” observer, the “public,” will never be able to see. You might say that one cannot be seen fully for what they are except through the eyes of faith. And without someone giving them a little faith, most people will never be able to be as great as they could.

So, here is a cloud of concepts that are all tied together: faith, love, personhood, risk, hope, goodness, value, and personal development

These magisteria are in fact overlapping. But not in that science encroaches on faith, but that faith is shown to run roughshod over the publicly available evidence, in the hope that great goodness might grow out of what it already sees. While science tries to deal with what is certain and fears being duped above all, faith seeks that which is not necessarily certain but might be. And it might be because faith sees hints that it is the case, and that something great might indeed come of it.

To paraphrase the philosopher/psychologist William James, there are worse things than being duped. Like missing out on some great good thing.

How does this relate to faith as a part of determining the truth of Christianity? I’d guess you already see at least some of where we’re going. But we’ll continue this in the next post.

[1] See Harris, The Moral Landscape (Free Press, 2011). As you might imagine, I have some significant disagreements with Harris and some criticisms of this book. But, aside from his consistent misunderstanding of Christianity, faith, and ethics, it contains some good insights.

[2] I would argue that there are in fact objective values. But that’s not how the word is used most of the time. To be objective means to be the kind of person who holds no value over any other—that is, you’re not biased—and so this is, in effect, to have no values.

Rusty blades, pastoral work and the gift of the Christian tradition

You See What You Want? Science and Faith