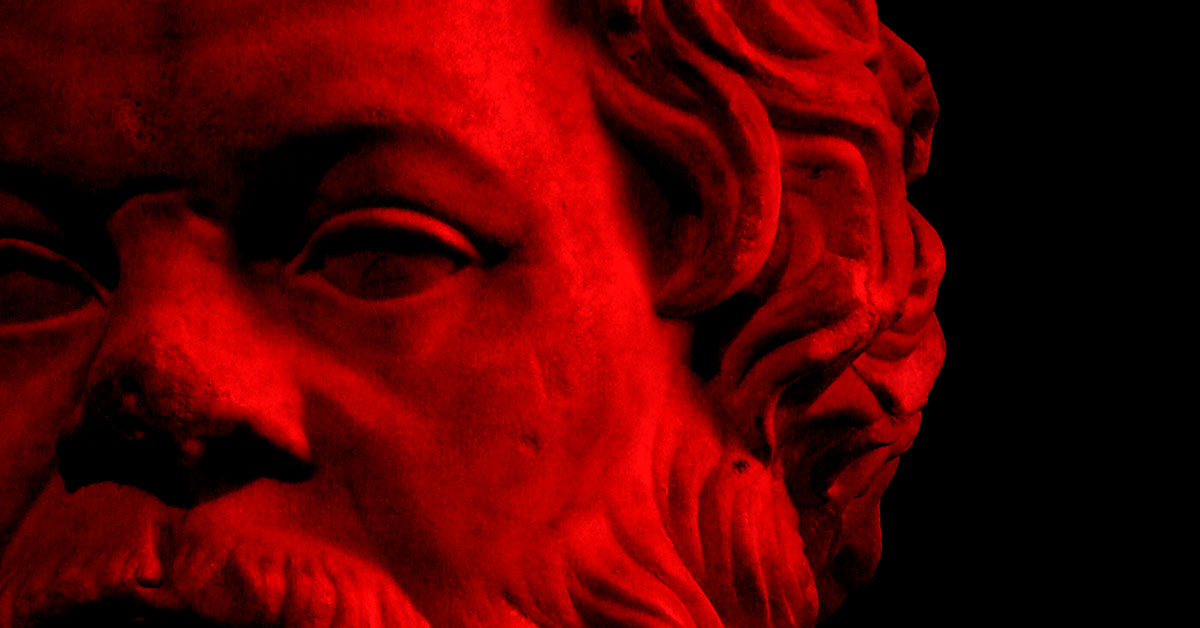 Morality, God, and the Euthyphro Dilemma

Christians often appeal to the moral argument when speaking of the secular movement of our culture, and its (probably related) moral decay: “Without God,” one might say, “there is no ground for morality. We’ve rejected belief in God and now we’re reaping what we’ve sown.”

If you’ve ever made this claim, any atheist who has reflected on this issue at all will respond quickly, “I don’t need a God who tells me what is moral, and I don’t need threats of punishment or promise of rewards to goad me into acting morally.”

I believe there is something important in the Christian claim. And we’ll get to that in time. But I think there is also a tremendously important seed of truth in the atheist criticism of the Christian claim. Isn’t it more virtuous to do the good simply because it is good, rather than because someone tells you to do it? Doesn’t it show a richer and deeper intellect to know what is good without having to be told? To reflect on this, let’s reflect on a writing that’s a few hundred years older than the New Testament.

The Euthyphro Dilemma: Or the Problem with Appealing to God for Morality

In the dialogue Euthyphro,[1] we find Socrates, about to go to trial for alleged impiety and corruption of the youth, talking with the religiously knowledgeable eponymous interlocuter. Euthyphro is not ashamed to declare his own superiority in all things religious to most Greeks, and so Socrates engages him in his famous style of asking what some virtue is. In this case, Socrates is seeking some way to respond to the accusation of impiety, for he claims (in his usual way) not to know what piety is. He asks Euthyphro (in his usual “What is X?” way) what piety is. Euthyphro is quick to offer various answers, all of which fail.[2] And that is how the dialogue seems to end—with no good answer to the question.

But the dialogue contains a discussion that has become a perennial response to any morality that appeals to a divine being. Euthyphro, after already failing in a few responses, comes to the following claim: “[T]he pious is what all the gods love.”[3] How Socrates responds to this claim, leading Euthyphro to the dilemma named after him, is almost universally known among philosophers, and has morphed into a modernized version of the Euthyphro Dilemma. The Dilemma is quite simple, though not so simply answered: Is something pious because the gods love it, or do the gods love it because it is pious?

The Dilemma is troubling because of the implications of each choice. If we choose the latter choice—that God (for Euthyphro, all the gods unanimously, but we’ll just switch to “God” here) loves it because it is pious, then we recognize a moral standard that is external (and probably above) God. If that is the case, then we do not need God for morality.

What of the other option—the one a Christian might more likely choose—that something is pious because God loves it? This option creates two related problems. The first is that it seems to mean that God could love (or command) something that is terrible, and that would make it good. So, say, God decides that torturing children is a good thing. Would we have no means of judging God’s command to be evil?[4] If we can only appeal to God’s love or command, then we cannot take into account the cries and pleas of the children. And that seems absurd.

The second problem is related: If God’s love/will/command makes something pious (or, more broadly, good), then we have no capacity for discerning what is good in any particular situation unless we have been given a clear command from God. So, in most instances, it seems we would be left unsure about whether something is good or bad. Morality would be, from our perspective, arbitrary.

There are other issues that can arise from choosing this option in the Dilemma, but these are, I think, sufficient to make the point.

And what is the point? It seems, in this way of presenting the Euthyphro Dilemma, that appeal to God’s will, love, command, whatever, to determine what is good is meaningless. For if God loves something because it is good, then God is a needless addition to morality. And if something is good because God loves it, then morality is so arbitrary from our perspective that it is not helpful in determining most of our choices.[5]

The Euthyphro Dilemma, as applied to contemporary ethics therefore seems to side with the atheist: It’s best to keep God and morality separate—but now, not merely because one seems more thoughtful and more virtuous when acting morally without reference to God, but because appeal to God leads to unacceptable conclusions.

My guess is that, if you’re reading this, you very likely have an answer for this problem, or could probably point to a resource that responds to this problem. I was always somewhat perplexed by the Euthyphro Problem because it seemed that a Christian solution to the problem was, though not exactly simple, readily available.

But, in good apologetic fashion, I’ll not appeal to Scripture or Christian theology to respond to this problem. Rather, I plan to dive a bit more into the Euthyphro, to see if the pre-Christian philosopher Plato offers any possible response to this problem, and whether his answer is compatible, or even sheds some light on the Christian view. (Hint: He does. And, I’ll argue, it does.)

We’ll get to that in the following piece.

[1] If you’d like to read it, you can find it online and in various books. For a great source in which you can read it in English and in the Greek (and it also includes lexicon and parsing working on site), check out http://www.perseus.tufts.edu/hopper/  For a direct link to the English translation of the Euthyphro, go here: http://www.perseus.tufts.edu/hopper/text?doc=Perseus%3atext%3a1999.01.0170%3atext%3dEuthyph.

[4] In addition, we have no means of determining that “God is good,” because there is no standard by which we can measure Him. “God is good” would simply translate into “God does what God does,” which amounts to saying nothing at all. Or, perhaps, what is implied in a statement such as “God is good” would be something a bit more sinister: Might makes right.

[5] Of course, we have what Scripture offers us, but I think most of us believe that we have some awareness of, and ability to reason about, ethics apart from Scripture. We believe that we should be able to discuss rights, obligations, good and evil with people of varying backgrounds, not simply with those who hold to Scripture. And therefore it seems that we have to have some sort of knowledge of ethics apart from reference to the one, true God. Therefore saying that we know of morality only because of God’s commands in Scripture seems like something to which few of us would really agree.